Abus Sharif rests after loading bricks onto a truck at a brickfield in Dhaka, Bangladesh, Jan. 5, 2012. REUTERS/Andrew Biraj

DHAKA (AlertNet) – Bangladesh will advocate for a “green economy” approach that does not constrain poorer nations’ potential to grow at the U.N. conference on sustainable development in Rio de Janeiro this week.

“We are concerned the green economy path will hamper our economic development. How effective will it be for poverty eradication?” Quazi Khaliquzzaman Ahmed, convener of Bangladesh’s climate change negotiation team, told AlertNet. “Unless poor countries get adequate funds from the major polluter (nations), it won’t be possible for them to green their economy.”

Ahmed added that Bangladesh, like other countries in the G-77 grouping of developing nations, wants to shift its economy onto a greener path, but only if it can control when and how that happens.

Some developing-country governments are concerned, for example, that if they fail to meet renewable energy targets, they could be penalised on international markets, curbing their export and growth opportunities.

Or their agricultural production might be limited if they do not get access to the environmental technologies they need to boost yields in a changing climate.

“The approach for transforming to a green economy should be country-driven, offering opportunities to improve the integration of economic and social development with environmental sustainability without hampering social development, economic growth and environmental conservation,” says the Bangladesh country position paper to be presented at the June 20-22 Rio+20 conference.

“Green economy policies should  respect the national right to development, objectives and priorities based on national circumstances, including eradicating poverty, education, health, food, water and energy for the basic wellbeing of people with regard to the three dimensions of sustainable development,” it adds.

Atiq Rahman, executive director of the Bangladesh Centre for Advanced Studies (BCAS), said development should be the top priority for poorer nations including Bangladesh.

“First they have to ensure peoples’ basic needs for life, which include adequate food and nutrition, safe water, electricity, adequate energy, hygienic living, education and social security. But the process they have to follow should be extremely sensitive about the environment and social justice,” he said.

“The polluters who are responsible for increased greenhouse gas emissions must give the victims (poor countries) adequate funding and environment-friendly technology,” Rahman said, before heading to Rio de Janeiro.

Fahmida Khatun, head of research for the Dhaka-based Centre for Policy Dialogue (CPD), told AlertNet that the green economy concept will be a contested issue at Rio+20.

“Developing and least developed countries, including Bangladesh, are concerned that the term ’ green economy’ will replace ‘sustainable development’ as the key theme in the environment-development nexus,” she said in an email interview.

The expert, who is attending the preparatory meeting for Rio+20 with the Bangladeshi government delegation as a civil-society representative, warned that the “green economy” agenda could be misused by richer countries for trade protection purposes, aid conditionality and debt relief.

“Bangladesh is not giving the green economy concept high status and insists that the term should only be one of several other concepts and tools that can be used to achieve sustainable development,” she wrote, adding that it should not be introduced as an international framework to prescribe policies.

“In order to follow a green development path, Bangladesh needs additional and new financial and technological support without any conditionalities,” she added.

The Bangladesh country paper states that the transformation to a green economy should be supported by an enabling environment and well-functioning institutions, with a leading role for governments and other concerned groups in society.

A green economy approach should avoid giving rise to trade measures that could lead to arbitrary or unjustifiable discrimination, or disguised restrictions on international trade, the paper says. It should also contribute to closing the technology gaps between developed and developing countries, and support the livelihoods and development of people in vulnerable situations, it adds.

Environment and forests minister Hasan Mahmud said Bangladesh will seek financial commitment from the developed world at the Rio+20 summit to help achieve the embryonic Sustainable Development Goals (SDGs). The U.N. secretary-general has called on political leaders attending the meeting to agree to define a new set of targets that will supersede the Millennium Development Goals, which expire in 2015.

“We won’t compromise on pursuing equitable growth based on environmentally-friendly means,” the Bangladeshi minister said.

Syful Islam is a journalist with The Financial Express newspaper in Bangladesh. 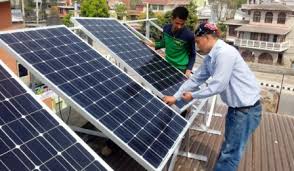