Bangladesh expects increased exports to India to make up for slack demand from Europe and the U.S. for its textile output in the year ahead, the nation’s finance minister said.

“China and India are taking more than before,” Mr. Muhith said. “Europe is very unpredictable.”

Bangladesh is South Asia’s poorest country, with almost half its 160 million people living on less than $1.25 per day. But steady economic growth, propelled by garment exports to the West, has helped raise living standards in recent years.

The economy has expanded by more than 6% every year since 2004 and per capita income has almost doubled in the same period to $818. A network of rural development programs and widespread microcredit has helped improve social indicators like infant mortality.

Recently, though, global economic headwinds, especially in Europe, have raised concerns among policy makers here about the outlook for growth, pushing them to look instead toward markets closer to home.

Mr. Muhith said this year Bangladesh would export up to $1 billion in goods to India—mainly apparel but also manufactured items like batteries and electrical transformers. That is double last year’s sales to India.

Last year, India agreed to cut some tariffs on imports from Bangladesh, with which it has a large trade surplus. That has allowed Bangladesh to send lower-end garments to India, where monthly wages in the sector are six times higher.

Chinese garment producers have ramped up investment in Bangladesh factories in recent years to benefit from wages of about $60 a month, almost a third of levels at home. Now, Bangladesh is hoping to sell more of its garments back to the Chinese, although this market remains small.

Mr. Muhith earlier this month forecast the economy in the fiscal year starting July 1 will grow at 7.2%, causing disbelief among some economists given the global economic turbulence.

He stuck to his guns in the interview, saying, “I don’t think it’s optimistic for Bangladesh.” Exports, he said, will be $27 billion versus $25 billion in the current fiscal year, kept ticking over by the nation’s cheaper wages. Textiles and apparel accounts for 80% of the nation’s exports.

Many economists demur. “His target for 7.2% growth is unrealistic given the conditions in the global economy,” said Ahsan Mansur, a former International Monetary Fund official and executive director of the Dhaka-based Policy Research Institute.

There are other concerns. The country’s politics are unstable, with the prospect of street violence ahead of elections due in early 2014.

Antigovernment protesters have clashed with police in recent months. After a political opposition leader went missing earlier this year, opponents of Prime Minister Sheikh Hasina blamed her government for abducting him. Ms. Hasina says such claims are unfounded and are aimed at destabilizing the country.

Clashes this week in a suburb of Dhaka between police and garment factory workers demanding higher pay underscore other worries about the country.

Macroeconomic instability has been another concern. A loose monetary policy after the 2008 global economic crisis caused a bubble in real estate and stock prices and ramped up imports of consumer and other goods.

The taka currency has declined about 13% over the past year to trade around 81 to the U.S. dollar. As foreign reserves fell below three months of imports, Bangladesh was forced to sign an almost $1 billion balance-of-payments support package with the IMF in April.

Mr. Muhith said the central bank “was a little bit too much lenient” with its monetary policy. But he said a series of rate increases in the past 18 months has helped calm markets and contain inflation, which the finance ministry expects to fall to 7.5% in the coming fiscal year versus about 9% now.

Under the IMF program, Bangladesh also has committed to increase taxes and reduce expensive subsidies on fuel, electricity and fertilizers. Mr. Muhith said he expected the cabinet in late July to approve a plan to link local fuel costs to global market prices.

Bangladeshi companies have complained this year that the government’s large borrowing from the banking sector to fill its budget deficit has made it hard for them to get loans.

Mr. Muhith acknowledged government borrowing from commercial banks was too high last year, in part because the World Bank withheld some aid over concerns about graft in a multibillion-dollar bridge construction project, leading to a shortfall in expected revenue.

The borrowing has since come down, and private credit growth of about 18% remains healthy, he said.

Write to Tom Wright at tom.wright@wsj.com 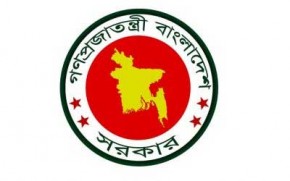