Against the backdrop of the global economic slowdown, the Bangladesh economy has performed strongly over the past few years. Despite the fallout from the Euro debt crisis still contributing to an uncertain environment, the Bangladesh economy has pursued accommodative monetary and fiscal policies. However, if the global economic slowdown is much more prolonged than the current forecasts indicate, the impact on Bangladesh is expected to be adverse. The economy has persevered so far in the face of global recession, but the domestic challenges are manifold with respect to soaring inflation, import-export imbalances, devaluation of the currency, a slow growth of remittances, increasing budget deficit and government borrowing.

The current state of the economy: The table below presents a brief snapshot to show how the Bangladesh economy has performed in comparison to the world economy and other economies in the Asian region. Compared to the global average, Bangladesh has witnessed higher GDP (gross domestic product) growth rates. Despite a fall in world output during the immediate aftermath of the financial crisis in 2009, Bangladesh has consistently exceeded growth rates of five per cent since 2009. However, when compared to the developing and emerging countries which rebounded strongly from 2010, Bangladesh has achieved average growth rates – its economic growth has not quite stood out among other countries and is projected to remain close to the developing countries’ averages in 2012 and 2013. Further disaggregating the countries in the developing Asia region, it can be seen that output growth of Bangladesh has been below average since 2009. While regional powers like India and China have witnessed growth rates of around nine to 10 per cent, Bangladesh has been hovering around the six per cent mark. The GDP growth is also projected to be lower till 2013 – China and India are estimated to have rates of 8.8 per cent and 7.3 per cent respectively, while Bangladesh is estimated to be at the six per cent mark. Compared to Pakistan, the Bangladesh economy has fared much better over the last three years – the economy has grown more than three times faster on average.

The performance of the economy can be evaluated through the three channels: fiscal, monetary and trade.

Fiscal channel: On the fiscal side of the government, cracks have begun to emerge due to increasing subsidy costs borne to maintain fuel consumption at a reasonable price. This strain has emerged despite tax revenues exceeding around 10 per cent of GDP in FY 2011 (Fiscal Year) – a record first for Bangladesh. Despite an improved tax revenue mobilisation, the government fiscal management has been mediocre in this regard. Along with spending pressures from fuel subsidies, other sources include spending on agricultural input subsidies and higher cost of crude oil. The government borrowing from the banking sector has also increased quite significantly. According to the latest banking statistics, loans to the government from the commercial banks has reached around Tk 163 billion (US $1.96 billion) in addition to those from the central bank, during the first nine months from July 2011 to April of the current fiscal year. From the commercial banks alone, the government has borrowed around $1.3 billion. However, the government loan was less than a billion US dollars ($0.92 billion) during the first nine months of FY 2011 – borrowing has more than doubled over the last one year leading to concerns of higher inflation in the economy. The borrowing has in fact exceeded the entire fiscal year target in nine months due to a large spending on subsidy in the power and energy sectors and on social safety net coverage. Since FY 2008, government borrowings have increased substantially with only a dip in FY 2010 (Figure 1). The government has found it easier to go for public borrowing – the foreign aid utilisation has been very disappointing even though aid commitments were high. Till March 31, 2012, the government has only spent 8.47 per cent of the total foreign aid in the pipeline. The government cited reasons ranging from delays and allegations in the bidding process to some unrealistic demand for fund allocation.

The government borrowing has increased significantly even by historical standards – this could manifest itself in various problems for the economy. First, the increased borrowing may force up interest rates and crowd out private sector investment in Bangladesh. Second, if this borrowing trend continues, the government may need to increase the tax burden in the long-run. In addition to a dampening of demand and economic growth, this decision will be deeply unpopular. Finally, the increase in national debt would mean that the annual interest payments will rise – money that could have been spent in priority areas of the economy.

Monetary channel: On the monetary side, the rate of inflation has reached very high levels during FY 2011. This is probably the single most important indicator that affects all spheres of the Bangladesh population. According to Figure 2, general inflation has been increasing since FY 2009. The initial target for the general inflation was around 6.5 per cent in FY 2011, but it ended up being around 9 per cent. Food inflation has been a major driver of inflation, increasing steadily over the last three years while non-food inflation has been falling somewhat. Food inflation hurts the poor even more than non-food inflation – the general basket of goods of the poor typically consists of a higher proportion of food items. As of March 2012 inflation has reached double digits around 10.92 per cent. If the first few months of 2012 are any indications to what lies ahead, Bangladesh is in danger of exceeding its end of the year target yet again. Higher inflation has been attributed to rising commodity prices in the world market and is also a consequence of higher than budgeted government spending. The growth rate of money supply has also been identified as an important determinant of this rising inflation by the Bangladesh Bank and as a result, a restrained monetary policy is currently being adopted. The continuing subsidisation of energy has led the government to borrow from the Bangladesh Bank. Since the government has to spend in priority areas such as health, education and infrastructure, it has to cover the shortfall and hence borrow from Bangladesh Bank to finance the subsidy. This has caused money supply to increase beyond sustainable levels thereby fueling inflation. In addition, the high rate can be attributed to continuing supply and infrastructural bottlenecks – the road and railway networks are still very dilapidated nationwide which leads to poor market linkages within the districts. The inflationary pressures have persisted despite a bumper rice production along with potato, fruits and vegetables production in the economy.

An accommodative monetary policy has been identified as one of the causes of a precarious macroeconomic situation. The increase in broad money which includes demand deposits, time deposits and saving deposits has increased by 18 per cent at the end of January 2012. Domestic credit growth has further exhibited an increase of 23.59 per cent at the end of January 2012, with credit to the private sector increasing by 18.94 per cent. These figures illustrate the years of liquidity expansion at rates beyond what is considered sustainable for maintaining economic activity and growth. Such expansion has led to the asset price inflation prevailing in Bangladesh at the moment, along with the recent stock market bubble and the subsequent burst – the excess liquidity overhang could cause the economy to unravel.

Trade and current account channel: The balance of payments went into a deficit in FY 2011, the first time in a decade. Balance of payments pressures have stemmed from rising oil and capital goods imports, volatile commodity prices and weak aid inflows. Large oil and capital imports have been associated with the newly-installed fuel-intensive power stations. However, exports achieved a growth spurt in FY 2011 due to the ready-made garments (RMG) sector. Bangladesh’s relative performance has been very strong and as such, it has been one of the better performing textile exporting countries in the US and EU markets. The slowdown in remittance inflows along with increased import payments for goods and services have however offset the large gain in export growth. Imports had increased by around 40 per cent in FY 2011 resulting from a strong domestic demand and high global commodity and petroleum prices, thus causing the trade balance to deteriorate.

The foreign currency reserves of Bangladesh have increased to $10.19 billion in April 2012 after the first installment of the IMF loan was disbursed under the Extended Credit Facility (ECF) arrangement. According to the Bangladesh Bank, the foreign reserves had been hovering below the $10 billion mark since last August. This led to concerns that the policy buffers were inadequate in the event of adverse real shocks. Furthermore, the IMF (International Monetary Fund) had stated that $9 billion is not a sufficient reserve for three months’ imports. Higher import payments might have exerted pressure on the foreign exchange combined with a relatively lower growth in export and remittances. A significant portion of the foreign reserve buffer built during 2009-2010 has been used up in 2011. The IMF loan could therefore bolster the volatile reserves somewhat and create some breathing space for the macroeconomy to function.

The path forward: Bangladesh economy is at a critical juncture, where the policymakers will have to tackle the ongoing and emerging macroeconomic pressures head-on. Although the economy is still quite robust, the macroeconomic indicators do point to warning signs that need to be heeded. Inflation is still rampant and it risks becoming a drag on the growth rate. Bangladesh Bank has finally adopted a contractionary policy to counter the excess liquidity which has been further exacerbating the inflation. However, there is a risk that private investment might be deterred with the spike in interest rates and a slowdown in private sector credit growth. Furthermore, the government needs to cut back its borrowing in case it spirals out of control. To that end, revenue mobilisation has to be stepped up further to lessen the need for excessive borrowing. It is also high time that Bangladesh diversify its export basket – a continuing reliance on RMG exports will result in Bangladesh being a perennial producer of garments. Dependence on just one commodity might prove to be unwise if the global economic downturn takes a turn for the worse – the trade balance will become even more unfavourable.

There is little room to manoeuvre at the moment. Should the worst case scenario come to pass – an extended global slowdown causing demand for Bangladeshi exports to fall combined with continuing inflation in Bangladesh – the country could face a period of stagflation with high inflation and low economic growth.

The growth forecasts by the IMF, ADB and the World Bank have repeatedly been revised downwards, even though the policymakers in Bangladesh maintain an optimistic view. Despite some confident statements and repeated assurances (and occasional indignation), it was finally revealed by the government that the GDP growth for the current fiscal year fell to 6.32 per cent, compared to 6.71 per cent in the last fiscal – the golden target of 7 per cent was missed yet again. It is now time to assess the limitations of the economy and what the economy can or cannot achieve.
The upcoming budget, if properly designed, could attempt to rectify the shortcomings. A view through rose-tinted glasses with little or no acknowledgement of the emerging economic strains might prove to be costly. 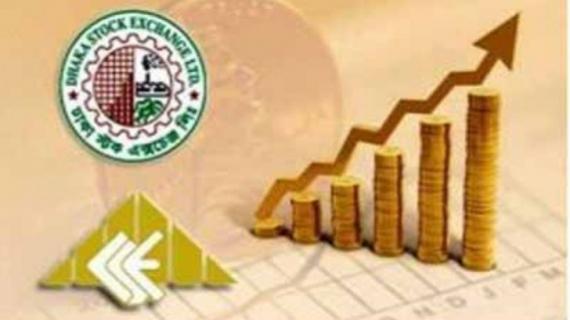