Bangladesh Bank Governor Atiur Rahman has recently been awarded with the prestigious World No-Tobacco Day Award 2012 by the World Health Organisation in recognition of his significant contribution towards anti-tobacco movements in Bangladesh.

The award will be formally conferred on Rahman on the celebration of World No Tobacco Day today at Osmani Memorial auditorium in the capital.

In his earlier years as an academic and researcher in development economics he all along remained active in civil society campaigns against tobacco use; extensively engaging in writing, media appearances and lobbying efforts with the authorities for policy reforms.

Upon taking over as central bank governor in 2009, he introduced an anti-tobacco growing stance in credit policies, with an advisory circular dissuading banks and financial institutions in Bangladesh from extending credit facilities for growing tobacco.

Simultaneously, he has been promoting a well-orchestrated financial inclusion campaign to ensure that farmers get the needed financing support for shifting to growing other feasible and remunerative alternative crops. 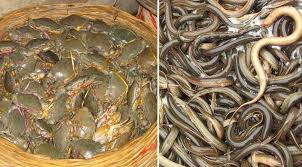