In an Unlikely Corner of Asia, Strong Promise of Growth

Bangladeshis go to Cox’s Bazar for a weekend of well-behaved, fully clad fun by the seaside.

COX’S BAZAR, Bangladesh — Bangladesh is probably one of the last places in Asia people would expect to see a thriving beachside resort with luxury hotels.

A construction site for Green Delta Housing Ltd. About five years ago, there were only two or three high-end hotels in the area. Now there are a dozen, and counting.

The transformation of Cox’s Bazar from remote backwater to beach El Dorado — Bangladesh-style — encapsulates the changes that have taken place in this nation, and many other developing Asian countries, over the past decade or two.

A clothing store in Dhaka, the capital of Bangladesh. The garment industry employs 3.6 million people in the country.

And yet, Cox’s Bazar is exactly that — a place where affluent Bangladeshis go for a weekend of seaside fun. During the high season, when the monsoon rains are not pounding the country, the beach is filled with children and their watchful parents among slightly dilapidated orange beach umbrellas.

About five years ago, only a few luxury hotels were in this small city on the Bay of Bengal. Now there are a dozen, and counting. Smaller hotels and guesthouses are proliferating, and property prices have risen sharply.

The transformation of Cox’s Bazar from remote backwater to a beach El Dorado encapsulates the changes that have taken place in this country of 160 million people, and many other developing Asian countries, over the last couple of decades.

“A middle class is gradually forming,” said Zahid Hossain, principal economist at the Asian Development Bank in Dhaka, the capital of Bangladesh. The growth in the country mirrors the developments in other emerging economies, he said. “Domestic demand is growing and becoming an important driver of economic activity.”

The progress, though, has been uneven. As in other Asian countries, the gap between rich and poor has widened in Bangladesh, giving rise to social tensions and sometimes violent protests. The murder this month of Aminul Islam, a prominent labor rights activist, apparently in retaliation for his advocacy work, put a spotlight on the low wages and poor working conditions that prevail in burgeoning sectors like the garment industry.

In Bangladesh’s countryside, home to more than 70 percent of the population, subsistence farming remains the norm, and weather-related disasters regularly wreak havoc in the flat lowlands.

Foreign direct investment in Bangladesh has languished at about $1 billion a year — less than what Albania or Belarus each receive, and about one-tenth of foreign investments in Thailand or Malaysia. Inadequate power and transportation infrastructures, political infighting, bureaucracy, corruption and a shortage of skilled laborers contribute to a challenging investment climate.

Yet despite this, the Bangladeshi economy has managed to grow more than 6 percent a year for much of the last decade.

Economists at Standard Chartered Bank believe that Bangladesh could join what have been called the “7 percent club” of economies that expand at least 7 percent annually for an extended period — allowing their economies to double every decade. Current members of the “club” include China, Cambodia, India, Mozambique and Uganda.

HSBC included Bangladesh in a group of 26 economies — along with China, India and several Latin American and African countries — where it expects particularly strong growth. The United States and much of Europe, by contrast, are likely to remain merely stable, according to HSBC’s projections.

The gradual shift in global production to low-cost countries, from developed economies in Europe and North America, is driving much of that growth. The trend, which began turning parts of Asia — notably China — into manufacturing hubs in the 1980s and 1990s, has started to take root in Bangladesh.

For now, Bangladesh’s manufacturing prowess is primarily focused on the garment sector, which has grown into a multibillion-dollar industry that employs 3.6 million people and accounts for 78 percent of the country’s exports.

Bangladesh has seen particularly strong growth in the last few years, partly because of rising labor costs in China, where manufacturing is moving into higher-margin activities like product design.

“For many years, China was almost always the hands-down answer to all buyers’ needs,” the consulting firm McKinsey noted in a recent report. Now, Western wholesale buyers of garments are looking for the “next China,” and Bangladesh “is clearly the preferred next stop for the sourcing caravan.”

Bangladesh exported nearly $18 billion worth of garments in the 12 months through June 2011, $10.5 billion of that to the European Union and $4.6 billion to the United States, according to the Bangladesh Garment Manufacturers and Exporters Association. The total nearly doubled from four years earlier, and McKinsey forecast that the garment industry would grow by as much as 9 percent a year over the next decade.

Li & Fung, a giant Hong Kong trading company that supplies retailers including Walmart with clothing mostly purchased from Asia, is a case in point. Last year, the company bought $1 billion worth of apparel from manufacturers in Bangladesh, 41 percent more than in 2010. Bangladesh overtook Vietnam and Indonesia in 2011 to become the second-largest source of such products for Li & Fung, after China.

But infrastructure bottlenecks and power cuts are substantial “negatives,” Bruce Rockowitz, chief executive of Li & Fung, said at a recent news conference in Hong Kong. Still, the company intends to increase the business it does in Bangladesh. “The prognosis,” Mr. Rockowitz said, “is good.”

Another driver of economic growth has been the inflow of remittances — money sent home by Bangladeshis who have sought employment abroad. More than $11 billion worth of remittances flowed into Bangladesh last year, more than 10 times the amount from foreign investment, and the annual inflow is expected to rise to $20 billion in five years’ time, the government estimates.

Of course, the fact that tens of thousands of Bangladeshis go abroad each year highlights a weakness in the country’s economy: well-paid jobs are hard to come by.

Manufacturing is mostly confined to low-level, fairly unskilled assembly work, rather than to high-end production or design. Moreover, “other sectors, such as shipbuilding and pharmaceuticals, are only just starting to emerge,” said Agost Benard, who covers Bangladesh for the ratings agency Standard & Poor’s.

Still, the expansion of the past few years and improvements in the agriculture sector mean that domestic demand is growing.

Dhaka, whose population has ballooned to about 15 million, now has car showrooms and a small but growing number of high-end international hotels. Monthly office rents in the most sought-after neighborhoods of the capital can be as high as 250 taka per square foot, or about $3 — levels that would not look out of place in some Western cities, according to the real estate services firm Jones Lang LaSalle.

In Cox’s Bazar, construction sites pockmark the once laid-back beachfront. A Best Western hotel is in the making. Green Delta Housing, a Bangladeshi construction company, is working on several developments. Carlson Rezidor Hotel Group, which already operates a Radisson in Dhaka, is planning to open two hotels in Cox’s Bazar in 2015.

The town is a long way from turning into Cancún, Mexico, or the Côte d’Azur in France. Rickshaws trundle along the potholed road between the small airport and the hotel zone farther south, where shopkeepers sell dried fish and sunglasses, and rickety stalls on the beach sell souvenirs crafted from seashells.

“This is not ‘Baywatch’ or Hawaii,” said Mikey Leung, a co-author of the Bradt travel guide to Bangladesh. “You’re not talking international-style resorts.”

But Cox’s Bazar has changed a great deal over the past five years, Mr. Leung said. “Properties are popping up like daisies, and the development is moving further and further down along the beach. The speed and scale of it is unprecedented for Bangladesh.”

Moniruzzaman, a marketing executive at the Cox’s Bazar office of Green Delta Housing who uses only one name, concurred.

“Many, many things are happening,” he said. “Land is like gold now.” 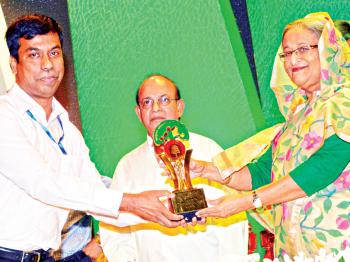 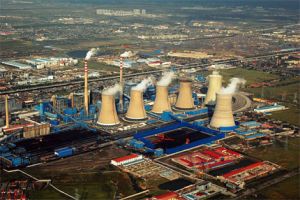 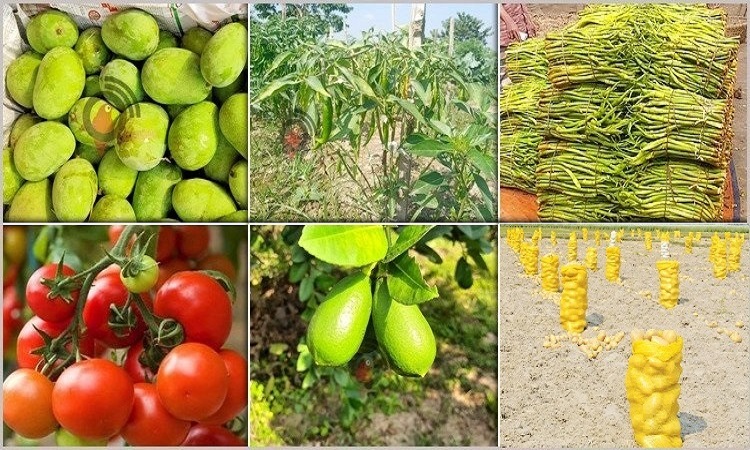